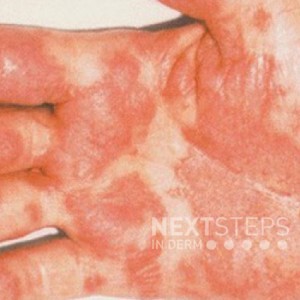 The correct answer is B. A chronic deforming arthritis occurs in 20%.

The patient has reactive arthritis. Reactive arthritis, formerly called Reiter’s syndrome, is a chronic inflammatory disease similar to psoriasis with psoriatic arthritis, and is thought to be a variant form. The classic triad consists of urethritis, conjunctivitis, and arthritis. Few patients present with the classic triad, and thus the syndrome can be diagnosed with peripheral arthritis >1 month duration and associated urethritis (or cervicitis). It occurs in young men with the HLA-B27 genotype and rarely occurs in women. Skin findings include keratoderma blennorrhagicum and circinate balanitis (in men), as well as oral erosions, severe stomatitis, and nail changes. The course of disease is marked by exacerbation and remission; a chronic deforming arthritis occurs in 20%. Treatment includes topical steroids, NSAIDs, methotrexate, acitretin, cyclosporine, and TNF-inhibiting biologics, such as etanercept. The condition is no longer referred to as Reiter’s syndrome, after it was discovered that Hans Reiter committed war crimes as a Nazi at the Buchenwald concentration camp during World War II.

2. Panush RS, et al. Retraction of the suggestion to use the term “Reiter’s syndrome” sixty-five years later: the legacy of Reiter, a war criminal, should not be eponymic honor but rather condemnation. Arthritis Rheum. 2007 Feb;56(2):693-4. [https://www.ncbi.nlm.nih.gov/pubmed/17265506]