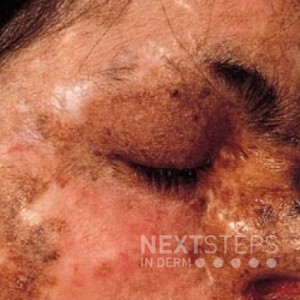 The correct answer is A. C is the most common subtype.

Xeroderma pigmentosum (XP) is a very rare skin disorder where a person is highly sensitive to sunlight, has premature skin aging and is prone to developing skin cancers.

At least seven different gene abnormalities or complementation groups have been described in different families (XPA to XPG) resulting in varying disease severity.