Next Steps in Derm, in partnership with ODAC Dermatology, Aesthetic and Surgical Conference, interviewed Dr. David Miller, Instructor in Dermatology and Medicine at Harvard Medical School and member of the Department of Dermatology and the Department of Medicine at Massachusetts General Hospital, where he is co-director of the Merkel cell carcinoma treatment program. Watch as he shares important updates on Immuno-Oncology (IO) strategies for melanoma.

Immuno-Oncology (IO) strategies have profoundly changed the therapeutic landscape for melanoma. Originally approved by the FDA for Stage IV disease, immune checkpoint inhibitors (ICIs) – for example, the anti-PD-1 antibodies pembrolizumab and nivolumab – have recently been approved for use for Stage III disease in the adjuvant setting. Ongoing trials are investigating the use of ICIs as neoadjuvant therapy, as well as in patients with high-risk Stage II disease in the adjuvant setting. As ICI therapy expands to more patients with melanoma, an understanding of the emerging use of IO strategies is paramount for all dermatologists.

Multiple Primary Melanomas Occurring Around the Same Time: A Review of Terminology and Implications

Multiple primary melanomas (MPMs) have been reported to occur in 2-10% of melanoma patients. This study conducted a review of the literature to elucidate the definitions of terminology used to describe MPMs that were diagnosed in close temporal proximity as well as explore common risk factors. Terminology found in the literature included “concurrent”, “simultaneous” and “synchronous” with varying definitions that ranged from 0-6 months between diagnoses of the first and subsequent melanomas. Eight cases are described in chronological order, and the incidence of MPMs diagnosed around the same time were reported as 22-39%. Nevus spilus was identified as a potential risk factor for MPMs. This study highlights that MPMs are not uncommon, and clinicians should remain aware that MPMs can be diagnosed at or around the same time, warranting thorough skin exams.

Real-World Utility of a Non-Invasive Gene Expression Test to Rule Out Primary Cutaneous Melanoma: A Large US Registry Study 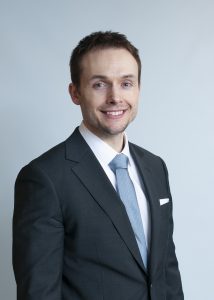 David M. Miller, MD, PhD is an Instructor in Dermatology and Medicine at Harvard Medical School and member of the Department of Dermatology and the Department of Medicine at Massachusetts General Hospital, where he is co-director of the Merkel cell carcinoma treatment program. Dr. Miller received his medical (MD) and PhD degree in Biomedical Sciences from the University of Massachusetts. While at UMass, Dr. Miller received the American Diabetes Association Physician-Scientist Training Award for three consecutive years, a Fuller Foundation grant, and he was inducted into the Alpha Omega Honor Society.  He then completed a Dermatology residency at Columbia University Medical Center, followed by a residency in Internal Medicine at Brigham and Women’s Hospital. Following both residencies, Dr. Miller completed fellowship training in Hematology/Oncology at Beth Israel Deaconess Medical Center and in the Oncology Center of Excellence at the Food and Drug Administration. Dr. Miller has numerous peer-reviewed publications and he has presented his work at the Society for Investigative Dermatology, New York Academy of Medicine, the American Academy of Dermatology and the Food and Drug Administration (FDA). He is also a reviewer for the British Journal of Dermatology, Journal of Investigative Dermatology, JAMA Dermatology, JAEDV, and Clinical Cancer Research. His research is focused on developing novel therapies for advanced skin cancer. He is a co-chair of the Project Data Sphere Merkel cell carcinoma Task Force. He has received support for his research from the NIH, the American Skin Association, ECOG-ACRIN and Project Data Sphere.

Did you enjoy these video pearls? Find more here.