There are clearly differences in the aging process among various ethnic skin types but until now, we have only had an overall idea that these disparities exist. Now, for the first time, results of a scientific evaluation underwritten by Procter & Gamble Co. show that these phenotypic differences actually have a pathophysiologic and histologic basis. Dr. George Han had the pleasure of interviewing Dr. Perez, who serves as a Scientific Advisor to Procter & Gamble Co., about this intriguing work and how it can guide our approach to photoaging in different skin types.

Dr. Han: Please tell us a bit about the project you’re working on

Dr. Perez: We looked at clinical, histologic, and molecular changes in photoexposed and photoprotected skin among several hundred women of different ethnic origins, from a wide range of ages. This is a multicenter, multipart study where we used specific genetic profiles to determine ethnic origin (Caucasian/Northern European, African, Hispanic, and Chinese) and compared differences among groups. We used transcriptomics profiling as well as histologic examination from biopsy samples in both photoexposed (face/scalp and dorsal forearm) and photoprotected (buttocks) skin.

Dr. Han: Can you tell me about the first study that was published in this series?

Dr. Perez: The first paper published from this series is interesting in that instead of looking at different ethnic groups, they looked at Caucasians among different decades and compared markers of the aging process with groups identified as “fast-agers” or “slow-agers.” In this study, “younger-looking” skin vs. “older-looking” skin was determined via a crowdsourcing methodology to obtain a clinical baseline and an “appearance age” score. There were significant differences with younger- or older-appearing skin with regards to genetic pathways involved in oxidative stress, energy metabolism, senescence, and epidermal barrier.

Dr. Han: What are the basic parameters studied?

Dr. Perez: Pathology was first evaluated for elastosis (% elastosis) via H&E stained skin sections. Laser confocal microscopy was used to isolate the skin into epidermis and dermis (with adnexal structures and subcutaneous adipose tissue removed) for transcriptome analysis while mRNA analysis was performed on full-thickness samples.

Genetic ancestry was determined via a custom analysis from 23andMe.

Dr. Han: What are some big-picture differences among ethnic groups that you can share with us?

Dr. Perez: The main question that we are trying to address is, are there any major differences in the aging process among African Americans, Caucasians, and other ethnic groups? There are a lot of assumptions out there that there are differences but there have been no formal studies to confirm this, so that’s what we sought to change here. Via genetic analysis, we can precisely determine one’s genetic origins and can scientifically prove differences between these groups with regards to photoaging.

Dr. Han: How can this help us in our approach to patients?

Dr. Perez: Our clinical approach to aging revolves around preventative and treatment modalities. Knowing that the aging process is qualitatively and quantitatively different will help guide our treatment approach, guiding us towards specific interventions targeted towards different problems such as loss of volume, wrinkles, or discoloration. What I want to make sure people don’t take from this work is to have a feeling that African Americans can be cavalier about sun protection; everyone should use plenty of sunblock and engage in safe skin protection practices, no matter what ethnic or genetic origin!

Dr. Han: What are the implications of this study for future work?

Dr. Perez: Theoretically, this study can help us address the aging process among different ethnicities because they are fundamentally different. If we can isolate specific proteins that are differentially expressed among these various ethnic groups, we can design an intervention to attack these specific proteins, proteases, and other factors that affect collagen, elastin, and hyaluronic acid, which affect appearance of aging. Another interesting factor to study going forward relates to the microbiome; how does the microbiome change with different decades among different ethnicities, and how does that relate to the aging process?

To read more about the study “Age-induced and photoinduced changes in gene expression profiles in facial skin of Caucasian females across 6 decades of age”, click here.

About Maritza I. Perez, MD 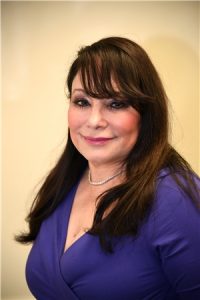 Dr. Perez is certified by the American Board of Dermatology and the College of Mohs Micrographic Surgery and is the Director of Cosmetic Dermatology at Mount Sinai West Medical Center in New York. She is Clinical Professor of Dermatology at Mount Sinai Icahn School of Medicine. Her dermatology private practice, Advanced Aesthetics, is located in New Canaan, CT. Dr. Perez specializes in Mohs micrographic, laser, and cosmetic SurgeryDr. Perez is an active member in numerous dermatology organizations, such as the American Society for Dermatologic Surgery, American Women Society for Dermatologic Surgery, American Society for Laser in Surgery and Medicine, American Academy Dermatology Women Association, Dermatology Foundation, and is Senior Vice President for the Skin Cancer Foundation.Dr. Perez has published over 100 original articles, chapters, case reports and abstracts that have appeared in many prestigious medical journals, and authored a book titled Understanding Melanoma which is on its fifth edition. In addition, Dr. Perez has spoken at a number of dermatology engagements both nationally and internationally. Dr. Perez has served as scientific advisor and consultant for some cosmetics and laser companies including Procter & Gamble Co., L’Oreal and Cutera. Dr. Perez has been recognized as one of the best Dermatologist and Cosmetic Dermatologists in the years 1999-2005. Recently, January 17, 2014, received The Leaders of Distinction Awards in the field of Aesthetics given by the Journal of Drugs in Dermatology peered group selection. For the past three years, she had received Excellence in Cosmetic training and teaching award from the dermatology residents at Mount Sinai.Dr. Perez is a graduate of the University of Puerto Rico, School of Medicine where she also completed her residency in dermatology. In addition, she completed post-doctoral training in Immunodermatology at Columbia College of Physicians and Surgeons in New York, NY and Dermatologic Surgery including Mohs Micrographic and Laser Surgery and Cosmetic Dermatologic Surgery at New York University. 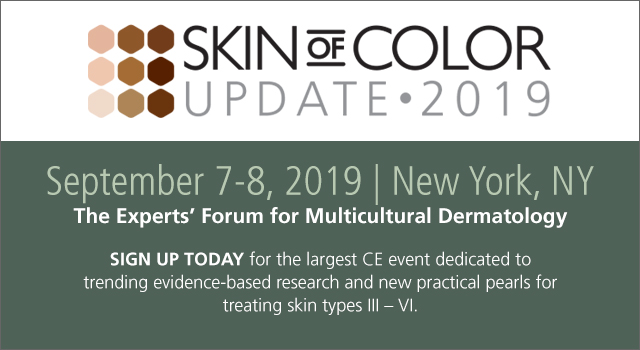 Skin Cancer and Photoprotection in People of Color
The Role of Hairstylists in Alopecia
Scarring Hair Loss: CCCA and Androgenetic Alopecia Decoded

Get the eBook
Skin Cancer and Photoprotection in People of Color
The Role of Hairstylists in Alopecia
Scarring Hair Loss: CCCA and Androgenetic Alopecia Decoded